Do you know why so many adornments and crowns for the Torah jingle and jangle so much? It’s not just because they’re made of metal that touches while moving around, it’s because many of them actually have bells on them.

The bells find their roots in our Parsha, Tetzaveh, which describes the clothes of the High Priest in exacting detail. The robe of the High Priest has a very special hem, with an alternating pattern of knit pomegranates and golden bells.

The Torah explains the bell and pomegranate hem as follows,  that the High Priest should “ wear it while officiating, so that the sound of it is heard when he comes into the sanctuary before the LORD and when he goes out…” (Exodus 28:35).

Why? Who needs to hear the sound of the High Priest’s bells? One teacher explains that the bells are necessary as a form of introduction, kindly and respectfully letting God know that the high priest will be entering the more holy areas of the Temple. The bells are like a walking doorbell, to let God know who’s about to enter.

The Etz Hayim Humash explains “From this, we learn that it is forbidden to enter anyone’s room without first announcing your presence.” If God, who knows everything, still needs us to announce ourselves, how much more so do we need to announce and introduce ourselves to each other!

Whenever we’re entering another’s space, physically or virtually, or meeting someone new, we owe it to them to announce ourselves, to greet them before we meet them.

So don’t forget to introduce and announce yourself to someone- and always be like the High Priest and ring the bell first!

“We will do and we will hear”- naaseh v’nishma– This is the rallying cry of the Israelites in response to the Covenant with God at Mount Sinai.

Some think this means that B’nai Yisrael is committing to uphold the mitzvot before they even understand what that entails, like when we click “I agree to the terms and conditions” on a new app or website, without having actually read the fine print. We trust God to guide us, so we sign on the dotted line before reading through all of our contractual obligations. Our actions will guide our understanding.

While I appreciate and identify with sometimes not reading all of the fine print before clicking “I agree,” I think this monumental moment must mean more than that.

A midrash teaches that at precisely the moment the Israelites declared naaseh v’nishma, “we will do and we will hear,” Angels swooped down from heaven and adorned each Israelite with two crowns, one for naaseh/action, the other for nishma/learning. One crown for each crucial pillar of our relationship with God, neither necessarily more important, both foundational to our tradition. 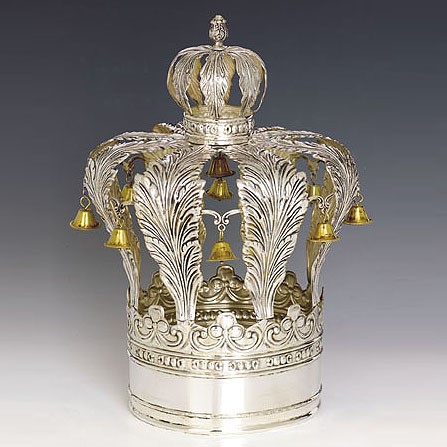 With these two words, our ancestors agreed not only to fulfill the mitzvot but also committed themselves to contemplate the deeper meaning of their deeds. Not blind faith, divorced from inquiry, nor exclusively intellectual pursuits, devoid of righteous actions. Thought and action paired perfectly together.

To fulfill the ancient Terms and Conditions signed by our ancestors, we must make use of both of our crowns: to utilize our minds and our hands, our intellects, and our deeds, our bodies and our souls.

When we dedicate both to the practice of our Judaism and to the bettering of our world, we’re making sure that we’re worthy of these adornments and each of our two crowns is perfectly shining.

Tell me your three favorite foods.
Now, share your five favorite movies that you can watch over and over again.
If you could travel to any four places in the world, what would they be?

Chances are when you answered these questions, you either stated or thought in your mind, of the order of your choices. Pizza, followed by Brisket and then Kubbeh soup.
The Godfather 1 and 2, Sixteen Candles, The Frisco Kid, Goodfellas, and Blazing Saddles.

We have a habit when enumerating lists that we prioritize the ones we are most specific or sure about first. Even when listing things we dread, we would put the most dreadful, first.

Ironically, what happens in the presentation of the 10 Commandments is not in any form a prioritized list of commandments rather, 10 emblematic orders and instructions that represent the other 603 not listed at this very moment in the text.

The rabbis go into great detail reminding us that the quizzical rules of not mixing wool and linen is as important as keeping the laws of kosher and observing the Shabbat. Unlike most lists, the Ten Commandments are 10 out of 613 equal weighing rules that have no higher or lesser importance.

Wishing you and yours a Shabbat Shalom……and Go Bucs!!

Have you ever jumped off a tall cliff into cool water? Or taken a leap into a relationship? Or forged a new path for your team, company, or family? Have you ever tried something new when you weren’t sure you would be successful? Have you ever acted on that heady mixture of openness, nerves, and faith?

Our parsha, Beshallach, teaches us that shortly after the Exodus from Egypt, Moses, and God led the newly-freed slaves to the shores of the Sea of Reeds, with by Pharoah’s vicious charioteers and elite armed forces in hot pursuit. The sea was too deep to wade through, and the pursuers had nothing less than enslavement and violence on their minds. The Israelites were truly stuck between a rock and a hard place.

What to do? The Midrash teaches that even though God promised to split the sea and let the Israelites walk through on dry land, the sea was still just a sea, it hadn’t split yet, and the Egyptians were fast approaching. So Nachshon ben Aminadav, the leader of the tribe of Judah, bravely walked into the sea, hoping, praying, believing that his actions would help make God’s promise true.

Nachshon waded in until the water was up to his neck, at which point, the sea miraculously split and B’nai Yisrael were able to cross the sea as if on dry land.

What inspired Nachshon? What drove him to be the first to enter this most-uncharted territory? That powerful combination of desperation, drive, and faith brought him into the water, on behalf of himself and his people.

We don’t all have to be Nachshon, willing to put our lives on the line for an outcome we hope will come to fruition. But our tradition encourages us to emulate his bravery and decisive actions when we can. Knowing that with the right preparation, dedication, and open-mindedness we can find success in our endeavors. As Rabbi Abraham Joshua Heschel z”l taught, “A Jew is asked to take a leap of action rather than a leap of thought.”

So this week, find a Nachshon moment, an opportunity for a leap of action, and when you find it, don’t hesitate to jump right in.

Amazing Grace is a fusion of prayer and anthem for many Americans, regardless of religious affiliation. Its words and tune have always stirred my heart, but no lyrics more pointedly than, “I was blind, and now I see.”

I have been blinded. Not an actual vision impairment but I feel like I cannot see. I can drive and see the computer in front of me and the array of colors on the clothing that hangs in my closet. However, our society has been more divided and separated than ever before and that has made my vision dim to the point where I feel blind. Because of the pandemic, I cannot see your faces and read your expressions. I do not know if you have tears on your cheeks and if they are from sadness or happiness? I cannot decode if you are worried or excited. I cannot hear the tremble in your voice and hold your hand for the journey ahead.

This is a time that has blinded all of us.

In the Torah portion of BO, which we read this Shabbat, we are told of the final three of the ten plagues. Unlike the Ten Commandments, the Ten Plagues afflict the Egyptians in an order that increases in its severity.  The penultimate plague  – the one before the slaying of the first born – is darkness. How could darkness be a plague? We have darkness each day.

The division in our country has felt like this level of darkness – and the COVID pandemic has only exacerbated that blackness.

It is high time for all of us to be a light onto the nations – and to ourselves.  We can be that light by beginning the process of hearing our neighbor, our partner, our family. We can ask about the tears on their cheeks and seek out if they are from sadness or satisfaction, worry or excitement. Let us see one another which will better enable us to be seen. Let that light bounce off the reflection of our eyes and smiles and illuminate a path forward in friendship, camaraderie, and peace.

Let us be able to proclaim – we were blind, and now we can see.