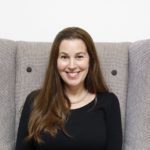 Sharon Goldman is a Vice President of Shalem College and Director of their America Israel Studies Program. A frequent speaker and writer on Zionism, the American-Jewish diaspora, and the U.S.-Israel relationship, Sharon also works on leadership development and training.  Before making aliyah in the summer of 2018, Sharon worked in AIPAC’s Northeast region first as Political Director, where she devised a comprehensive strategy for political advocacy which included direct engagement with elected officials, and educating activists to be effective citizen-lobbyists;  and then as Deputy Regional Director where she managed and trained AIPAC’s largest regional staff. Dr. Goldman received her doctorate in political science from Yale University in 2001. From 2001-2006, Sharon was an assistant professor of political science at Ramapo College of New Jersey, and was an executive board member of the New Jersey Political Science Association and the Northern New Jersey Hillel.